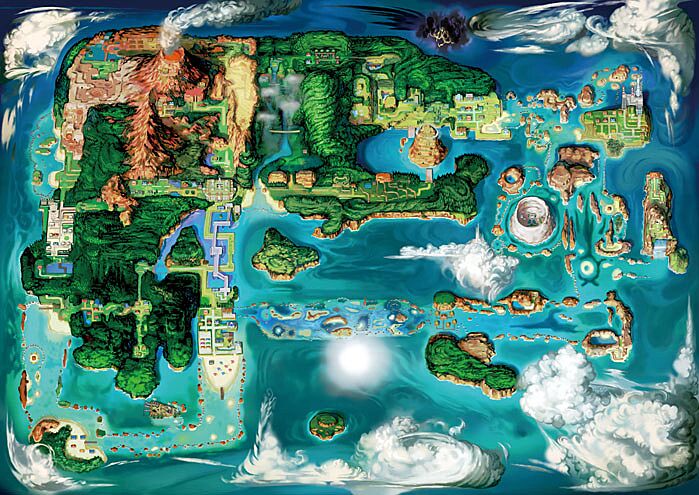 Who are the experts of the Pokemon world? We’re going to break them down for you, type by type, starting with Rock types.

The first gym leader you encounter when going through the Pokemon games chronologically is Brock, the Rock type. This makes Rock type leaders a good first place to start.

Brock gets the benefit of the doubt that a first time player may not know which Pokémon to use against him, but there are plenty of them. In the Johto based games half his team is still un-evolved and all have a x4 weakness to Grass.

Being the first gym leader the player faces, Brock takes the role of the generic but somewhat friendly first boss. In Yellow and Let’s Go, he states his desire to be a Pokemon Breeder. He doesn’t appear outside of his gym until HeartGold and SoulSilver, but even then he doesn’t add too much beyond his love for Rock Pokemon and his desire to grow stronger. Brock is significantly more in depth and hilarious in the anime, but in the games he’s middle of the road.

Roxanne is less of a pushover than Brock because her Nosepass has Rock Tomb. Rock Tomb is a somewhat strong attack for this early in the game and also lowers your speed when hit. It’s not the worst first gym battle to have, but there’s still plenty that can counter Roxanne.

We know Roxanne teaches at the trainer’s school. In Emerald she seems to have good relationships with other gym leaders as Brawly calls her immediately after you defeat him so you can get her number. Being a teacher makes sense as the first gym leader in Hoenn. Teachers are supposed to give students the tools they need to succeed after the class ends. By beating her, you get those tools.

Next: No. 4 and No. 3
Next1 of 3Prev post
Use your ← → (arrows) to browse
Load Comments
Event Tickets
Powered by StubHub
Top Stories